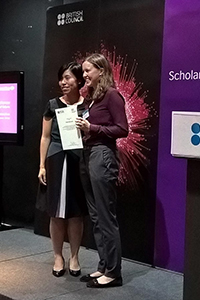 The Scholarship for Excellence is awarded by the Hong Kong British Council for UK students studying in there for one semester to one year. The purpose of the scholarship is to promote British-Hong Kong relations. The Scholarship is offered by the Department for Business, Innovation and Skills (BIS) are worth up to £3,000, depending on how long the recipients stay in Hong Kong. The Hong Kong British Council says, "By going to Hong Kong, students can experience the vibrant East-West lifestyle of the former British territory and now Special Administrative Region of China, and learn about a region of vital economic and cultural importance to the UK."

SELA member Holly Nicholson is one such student and is one of around 13 other students from UK universities, (including another from Sheffield!) studying at Hong Kong University and Chinese University of Hong Kong who have been  awarded the scholarship this year.

Holly says, "I heard about the scholarship at one of the Global Opps meetings; I applied, and after a Skype interview, found out I had been successful. Actually, I nearly forgot about the interview, because it was the morning of one my final exams - I was on my way to the library when I suddenly remembered and ran back! Fortunately I wasn't late! During the interview I was asked about what other things I did alongside my studies and I was able to talk about working as part of the SELA team, and taking part in the Spaghetti Bridge Challenge [organized by Civil Engineering]. 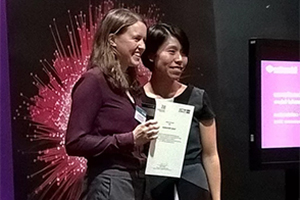 "Whenever I see an opportunity like this, I always apply. I apply for everything. We have a saying in the North East 'shy bairns get nowt', which translates as 'shy children get nothing' but we usually use it to mean, 'if you don't ask, you don't get'! In my experience, keep asking, keep trying, keep applying, and you will reap the reward eventually!"

More information on the scholarship can be found here: www.britishcouncil.hk/en/study-uk/scholarships/excellence.
Posted by SELA at 22:00