An Engineer's Guide to Enterprise 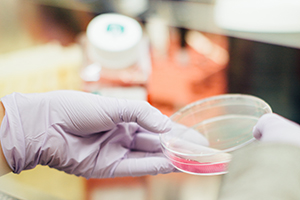 When I first came to Sheffield, I thought that engineering and enterprise were two very separate things – engineering is massive projects like the Channel Tunnel whereas enterprise is about Dragon’s Den pitches and investment, right?

As a former SELA member and engineer with some experience in startups, I’d like to make the case that an understanding of business and enterprise is a highly valuable asset for engineers which may put you ahead of the competition.

So without further ado, here are three key lessons that I think engineers can learn from the startup world.

1. Your value is not defined by what you do


Startups often talk about a ‘value proposition’ – this is the idea that your actions create value which customers are willing to pay for. However, the crucial part about a value proposition is that it is not defined by the activities you carry out, but by the benefits the customer experiences.

For example, an undergraduate researcher (such as a student during the summer) may carry out the activities of basic lab work. However, to their academic supervisor, they create publishable content which will boost their reputation and allow them to further their careers. This value proposition is worth a lot more than the activity of simply mixing things in test tubes!

Instead of defining your work by what you do as an engineer, you can instead think of the value you create for your customers. By the way, your customer could be anyone – your boss, a corporate client, a colleague or a friend, and there doesn’t have to be money involved for this to work.

This viewpoint may help you persuade people, secure a new job role or even carve out an entirely new career path for yourself.

2. Being able to fail spectacularly is a valuable skill


As engineers, it’s our instinct to build stuff, it’s what we do. Therefore, when embarking on a project, it seems natural to get stuck in and start making things.

However, in the startup world, the opposite approach is taken – you completely avoid building anything unless you absolutely have to. Instead, you try and find every way in which the project could fail and test all of them first. That way, if you find a fatal flaw in your plan, you can adjust the project, change the scope or drop it all together before you’ve wasted any time or money on actually making it.

As a rule of thumb you should be able to prototype your project in an afternoon using an Excel spreadsheet, a pen and paper, the internet and maybe some cable ties. Remember, the more time and money you spend in building something, the more you lose if it eventually fails.

You can apply this startup mindset in any setting from academic research to corporate projects – fail spectacularly, fail quickly and avoid wasting your time and effort.

3. Every company is based around a business model


That’s right, a ‘business model’ sounds completely irrelevant to engineering and you may not have come across one before but essentially it is the way in which a company makes money.

Engineers don’t often talk about business models, so it may surprise you to know that what sets a lot of engineering companies apart is not only their world-class engineering, but their business model. 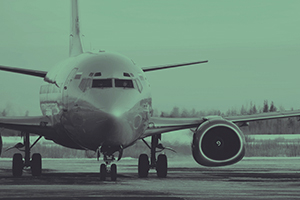 Don’t believe me? Let’s look at Rolls-Royce; rather than just selling jet engines for a one-off fee and then having to find new customers to sell more engines to, the Rolls-Royce business model is to charge per hour the engine is used. This means they get a consistent, long-term income from their existing customers.

Are the airlines annoyed that they continually pay to rent an engine rather than just buying one up-front? No, they love it! By renting out an engine, they don’t have to worry about maintenance, spare parts, faults, upgrades or anything like that. It is all taken care of so they can get on with the important job of running their airline.

So there we have it, the most important aspect of a major engineering company turns out not to be engineering (although that is still very important!), but is instead the way it operates as a business.

An understanding of a prospective employer’s business model may set you apart in an interview and show that you’ve got a keen business mind to compliment your engineering skillset.

Who am I to be telling you all this?


You may be interested to know about the two startups I’ve been involved in through which I’ve learned these lessons. The first startup was OverHear, a gig-finding app which allows you to see musical performances laid out geographically on a digital map, rather than in a big long list like you normally see.

I led the OverHear team throughout a 54-hour business challenge called Startup Weekend in which we created, designed and presented the app to a panel of startup judges. We won the competition and OverHear went on to be the official app of Tramlines Festival 2015, totaling over 3000 downloads.

Currently, I am working on an exciting product called The Amazing Shortcut Keypad. It allows you to automate all those annoying and repetitive keyboard/mouse actions which waste your time and effort, simply by pressing a button. It’s like magic… a magic button… actually, 12 magic buttons. Check it out: www.theamazingshortcutkeypad.com

Thanks for reading, I’d be delighted to hear your thoughts on engineering and the startup world, and please feel free to get in touch if you have any questions too!
Posted by SELA at 10:29