SELA members shortlisted for TARGETjobs Undergraduate of the Year 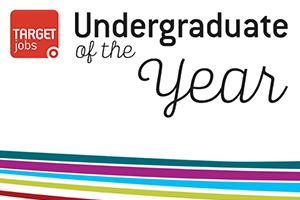 The challenging competition process for the award is very similar to the process of applying for graduate roles. Entrants must pass several stages, including online tests, a written submission, and participation in an assessment centre, so to reach this stage is a great achievement and an excellent recognition of commitment to their studies and extracurricular activities. 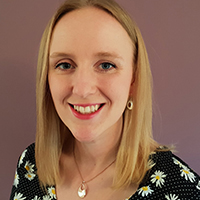 Since starting at the University of Sheffield, Chemical Engineering student Kate Drury has been a highly engaged student in the Faculty of Engineering. She is passionate about improving access to engineering and works as a Science and Engineering Champion. Last year Kate managed Sheffield’s Engineers Without Borders Outreach Project, which engaged with over 1,000 young people and received a Community Impact Award at the Volunteering Awards 2017. Kate has previously completed an internship at E.ON and in 2017, participated in Huawei’s “Seeds for the Future” programme in China.

On receiving her nomination, Kate said ‘I am delighted to be a finalist for the Female Undergraduate of the Year Award. The process has been highly valuable. The assessment centre was tough but enjoyable and I used it as an opportunity to gain experience and build my confidence for future interviews. Being a member of SELA was beneficial during my application: I was able to draw on the experiences and skills that I have gained through SELA to demonstrate my leadership potential. It was great to meet the other candidates who were all incredibly inspiring and supportive of each other.’

The Female Undergraduate of the Year Award 2018 is this year sponsored by the engineering giant Rolls Royce. Kate has impressed the sponsors throughout the application process and has performed so well that she has been offered and accepted a place on their summer internship program. 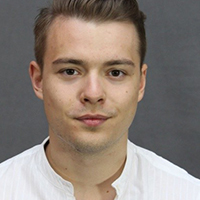 Igor is a third year Mechanical and Nuclear Engineering student at the University of Sheffield. He has a keen interest in the energy sector and has previously worked for NuScale Power, a leader in nuclear energy innovation. At NuScale he was responsible for undertaking a study investigating the use of alternative power cycles to improve the efficiency of the reactor. Igor also works as a Computational Fluid Dynamics Tutor and Researcher, partaking in student led projects. He is a keen sportsman, competing for the University triathlon team and playing for a 5-a-side football team.

Igor has praised the sponsors of the Engineering award, E.ON stating ‘E.ON hosted the assessment centre for the award, and really took their time to get to know the candidates. It showed they really cared and has made me even more eager to win the award and secure a placement with them!’

The Awards Ceremony will take place on the 20 April in London, hosted by Countdown star Rachel Riley. We wish Kate and Igor the best of luck and look forward to hearing how they get on in London.
Posted by SELA at 11:58