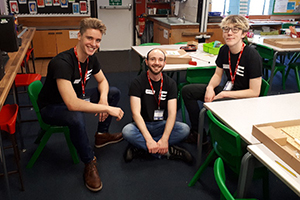 My involvement dates back to earlier this year, where I was told in a SELA workshop that the department was looking for some extra assistance with public outreach for the project. At our first meeting, we were told in greater detail of the planning, preparation and delivery of our outreach tasks. We were to deliver musical engineering-based sessions to classes of primary school children designed to inspire them about the opportunities presented when a career path in engineering is chosen. In the sessions, we would teach the children about the key concepts behind rhythm, music and creating clear, legible drawings. The aim of the session was to extract a plethora of whacky and unique mechanical finger designs that we could then realise as functional devices. 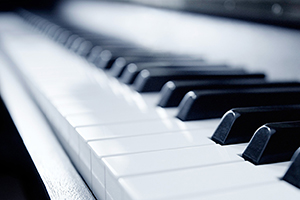 I will be first to admit that conversing with children (or anyone) does not come naturally to me. For many days leading up to the session, I lost sleep. I was plagued by the prospect of stuttering, watching as the little faces looked up at me, dumfounded by my inability to answer their “childish” questions about the origins of life, the universe, and everything in-between. Fortunately, my greatest fears were not realised. In fact, upon entering the classrooms with my SELA colleagues – Jamie Rayson, James Whitehead, and Robin Watkins-New – we were greeted by smiling, curious faces that were keen to demonstrate to us just how much potential they had. I instantly relaxed. The children tackled the first rhythm task with ease. When it came to the practical session of designing and building a mechanical device to strike a chime bar, they engaged and demonstrated soft-skills that would make the most proficient of industry leaders jealous. The design session lasted for the entirety of the afternoon and we left the primary school with tens of inspired drawings, from which we would have the joy of bringing a select few to life.

The next stage of the project was to choose 88 drawings to be converted into fully functioning devices. We then plan to return to the primary schools to provide a progress update and to offer some of the children, whose designs were chosen, the chance to travel to Cambridge in August to take part in breaking the world record.

I sincerely appreciate the skills I have learned from my time so far with 88 Pianists. The opportunity to engage with a different type of audience was unique. My fear of public speaking has been quashed for I have survived an intense cross-examination from the most inquisitive minds I have met. From now on, the importance of public outreach will resonate with my core beliefs as an engineer. As society begins to face an ever more unpredictable environmental and political climate, it is more crucial than ever to captivate the minds of the next generation. Furthermore, I have realised that the rewards from my efforts will be ten-fold if I push myself, take risks and continue to develop my personal goals. I now know that the rewards I reap are only limited by the extent to which I allow myself to tap into my inner-opportunist. As a result of this personal development, I am eternally grateful to SELA and the 88 Pianists project for giving me the chance to leave my mark on the new wave of problem solvers.
Posted by SELA at 09:38