How SELA is doing more to tackle climate change 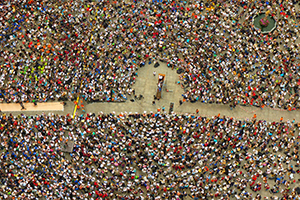 In 2019, we have grown accustomed to seeing activists and passionate campaigners on local, national and even international news. Just a few weeks ago, the streets of Sheffield were filled with students and school children, holding banners adorned in anti-climate change slogans. These students were inspired by Greta Thunberg, a Swedish student who protests outside Sweden’s parliament buildings every Friday, and recognition of her in the media sparked people all over the world to call on governments to increase their actions to tackle climate change.

Today, the streets of Sheffield are filled once again, as it is the turn of Extinction Rebellion. Members of Extinction Rebellion Sheffield are obstructing traffic on Sheaf Street, in protests against Sheffield Council. As covered in an article in The Star, the motivation of the group is to encourage the Council to ‘do more to tackle climate change’, and through targeting one of the most polluted parts of Sheffield, they hope to add further gravity to their protest.

I thought it important to highlight the work of our SELA project. Throughout our second year in SELA, we have been working closely with the Urban Flows Observatory. Urban Flows has the ambition of establishing a sensing, data gathering and visualisation platform for the city of Sheffield. But what does that actually mean?
As SELA members, our role in the Observatory’s work aligns closely with the visualisation aspect of the data. Over the course of this academic year, we have worked with the Observatory to understand the capability and focus of their resources, and to develop a programme of outreach that will make the data that they collect more accessible. This work has seen us collaborate with local organisations, travel to conferences and present our project work to a variety of audiences.

Our outreach work is split into two strands: 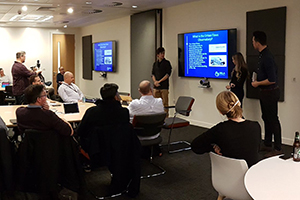 Currently at a prototype stage, the Web Application will offer a user interface through which members of the public will be able to easily understand air quality data in different parts of Sheffield, and compare it to National Averages. Throughout the development of this resource, the future aim is to also integrate an educational aspect to the interface, so users will be able to read about the implications of different readings and learn more about what causes pollution.

The educational outreach programme is being developed in conjunction with the David and Jane Richards Family Foundation, and will be delivered to students at Tapton School in the summer term. This programme comprises lessons that introduce students to the importance of monitoring our environment and how data on climate and air quality is collected. The culmination of the programme will be students having the opportunity to carry out their own mini data-collection project, using the Observatory’s mobile sensor, MOBIUS. The hope of this programme is that students will be inspired to take an interest in their local environment, and understand more about how engineering can offer insights into major environmental and political issues.

As people again take to the streets this week, a moment should also be spared to think about the basis for the international discussions and protests that we have seen over the past few months. Without facilities such as the Urban Flows Observatory, how would we collect the data to inform our conversations on climate change? It is so important to establish a clear, transparent method for the public to be able to access data on their environment, and equally, to stoke a fire in future generations who will face the consequences of today’s actions. We hope that our project with the Urban Flows Observatory will be a step towards this.
Posted by SELA at 12:50