Made in Sheffield @ Gripple Ltd 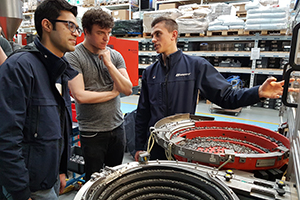 Last Wednesday, the SELA members had the opportunity to visit a local engineering firm, Gripple, specializing in the design and manufacture of wire connection and tensioning devices. Gripple, founded in 1989, initially developed wire tensioning devices for the fencing market. Today, its product range also supports vertical suspension applications, such as lighting suspension kits. Upon entering the facility, we were welcomed by Gordon Mcrae, special projects manager at Gripple, along with two apprentices who were our tour guides. 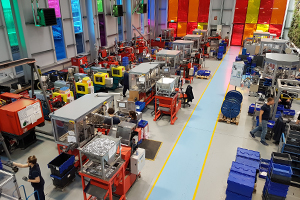 We split into two groups, each with an apprentice as a guide. Our first stop was at the design office. Contrary to many office environments, Gripple’s design office has a very open scheme: there were no cubicles: it was all an open area, overlooking the factory floor. Our first impressions, confirmed by our guides, were that this is an open company where there isn’t a ‘divide’ between people who work in the office and people who work on the shop floor.

Our next stop was in the workshop where the complete wire tensioning devices product range, along with associated accessories, is manufactured. It is truly a ‘state-of-the-art’ manufacturing facility with highly sophisticated machinery ranging from CNC plastic injection moulding machines to automatic assembly machines. What was more intriguing was that most of the machinery is produced in-house by Gripple’s sister company, Gripple Automation. Not only does Gripple produce its own machines, but it also produces all its required components, ranging from the springs to the zinc metal bodies of Gripples, in-house; a completely vertically integrated process. 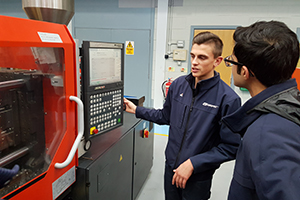 Before going back to the conference room, we admired the ‘fish tank’, whose water feeds plants arranged vertically on an aquaponics wall. According to Gordon, everybody has feelings for the fish and wouldn’t be surprised if he gets a call during the weekend if something happens to the fish tank! This reflects a strong company culture, with empathy at its core. Once back in the conference room, Gordon shared some words of wisdom, talking about the key to Gripple’s success. Three ideas particularly interested us:


This was at the core of Gripple’s success in the market. Gordon greatly emphasized this point. When you are creating a product, you don’t want it to ‘just do the job’, you want it exceed the customers’ expectations and genuinely create benefits (value) for them in the long run. In Gripple’s case, lower installation time equates to installation cost savings.


No one can understand the market dynamics and culture better than the locals themselves. In Gripple’s case, all their international offices, whether in Japan, or the USA, have local people working there, as they understand the culture of the market. By empowering the local offices and sales teams, Gripple has secured a 10% global market share.

3. Directly deal with your customers 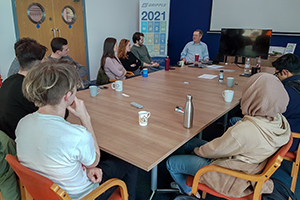 Nobody can sell your product for you better than you can sell it yourself. Gordon explained a case where Gripple partnered with a large retailer in the US. This venture did not work out for Gripple. Today, Gripple has a local presence in the US with its own manufacturing set-up dedicated to serve the US market directly.

Finally, we concluded the visit by sharing our thoughts on Gripple and where it can do better. This was a challenge, because if we were to summarise Gripple in three words, they would be: lean, innovative, and flexible.
Posted by SELA at 21:14