Insight into Defence Technology: My Placement in Colombia with Tecnolgías Marte 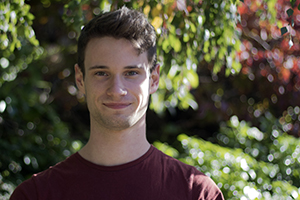 Right now, I’m halfway through working for the defence technology company Tecnologías Marte in Medellín, Colombia for my first summer placement as part of the SELA programme. From when I started writing my application till now, I’ve received a tonne of support from plenty of people associated with the academy, so I deemed it only fair to write a blog or two about what I’ve been up to. I want this blog to provide some details about the project I’m working on out here. I’m also writing a separate blog to give some insight on what my first experience has been like in the developing world, and how it all ties into a wider and global engineering context - look out for it here soon!

The background for the project that I’m doing out here has a close connection to Colombia’s long and virulent history of conflict. The most relevant conflict was between the FARC (a revolutionary socialist group that emerged during the cold war) and the US-backed Colombian government forces. Many locals argue that the conflict has carried on to this day since it began in 1964. A common practice by the FARC was to use improvised explosive devices (IEDs), predominantly in the country’s rural areas, which devastated local communities.

According to the Landmine Monitor, Colombia was for years ranked as the country with the second most landmine victims on the planet. The National Authority says there have been over 11,600 mine and unexploded ordnance (UXO) victims in Colombia since 1990, 39% of them being civilians. The European Commission's Directorate-General for European Civil Protection and Humanitarian Aid Operations reports that in Colombia as of 2017, Colombia has 7.3 million IDPs (internally displaced persons) which makes up approximately 15% of its population. These people have been forced to flee due to conflict and because their areas have been made unfit for farming due to the landmine crisis. Today, Colombia receives humanitarian aid to help deal with the issue from several international governments and the EU. In March 2015, the FARC and the Colombian government also reached an agreement to embark on a joint demining effort. All in all the current demining effort in Colombia appears to have a relatively positive future.

The project I’m working on here is to design and create a product that can be used for demining using thermite, a pyrotechnic mixture that is capable of burning through the mine casing and igniting the explosive component inside it. Basic thermite consists of two powders: aluminium powder and iron oxide. The task up until now has been to find the correct ratio through testing and research.

The first thing I did once I started the placement was to contact organisations that have experience with similar products. On the first day, I arranged a meeting with the HALO organisation for the following week, who were able to show us an example of the equipment that they use. They also provided me with a sample of the thermite and ignition powder that they used in their own product. After analysing their thermite I found out that the iron oxide they were using was different to the type that we had in stock and had been testing with up to that point.

After ordering the new type of iron oxide, we found it was difficult to ignite when it had a low percentage of aluminum powder, which was desired since it gave a longer reaction time and therefore more time to take effect on a landmine. Realising this, I decided to use the thermite we tested initially (similar to the one in the video) as an ignition powder for the bulk of the thermite which would contain the new iron oxide and have a low aluminium percentage.

The next step was to make the right design for an initiator capsule. I first tested an initiator mechanism using plastic tubing and laser-cut wooden caps either end. Doing this I found that the caps would need to withhold a lot of pressure to allow for an effective reaction to take place inside. The translucent plastic showed that there was still a lot of unreacted thermite inside as the cap immediately burst, which is shown in the video and image below.

One of the successful initiators made using plastic, superglue and laser-cut wooden caps

After those tests my colleague ordered some aluminium tubing for me and I designed a new initiator capsule that had thin laser-cut wooden caps either side that were super glued to either end and then sealed again with silicon.

The project seems to be progressing at the right pace at the moment. Next week, I’ll be taking a small detour from it to work on a comprehensive report on the ageing of homemade landmines, which is being conducted by the company with help from another student on his own placement. After a week of that I’m going to get back to the project and begin the designing for the rest of the product, now that I know what the thermite ratio is and what the initiator is going to look like.

Thanks so much for taking a read through this! I’ve been planning on starting my own blog for a long time and I’ve decided to use this as a launchpad for it. I’m currently writing a blog that should be out in the week that relates to my experience here in Colombia, as well as a deep dive into Latin America and what the Western engineering community can do for the region in our desperate need to tackle climate change.
Posted by SELA at 07:43