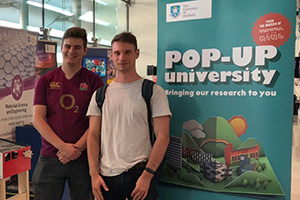 From 20-22 September 2019, Cohort 2018 delivered an outreach programme at the Pop-Up University event in Sheffield, with the aim of inspiring young children and students to realise their potential through engineering. The event was a big success, with over 2,000 people attending and interacting with our exhibit. However, the Pop-Up University for me started back in June. Having put myself forward for project leader, the main objective was to produce a successful project, despite members of the Cohort being away on summer placements in industry.

Having recently attended a SELA workshop on leadership styles, I realised that I had used different styles at different points throughout the Pop-Up University project. In this blog I want to show what these six types are, when best to use them, and how I utilised each one so to deliver a successful outreach event. 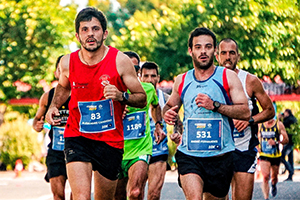 A pacesetting leader quite literally sets the pace of the project. They tend to set the standard by leading from the front and ask other members to follow their example. When a team is competent and highly motivated and the task requires a quick result, choosing to set the example and setting the pace reaps the best rewards. Throughout the entirety of the project I aimed to set the pace for others through working hard to get the exhibit maintained and ready for the showcase and working the entirety of the Pop-Up University from the setup, through the weekend, to close, and finally returning all equipment to stores after it was finished. The one thing I kept saying to myself and the Cohort was that the event was never finished until the equipment was returned, being unrelenting in drive until the job was fully done. 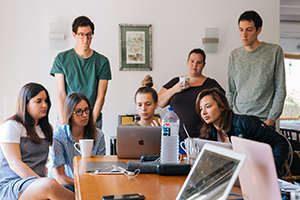 An affiliative leader aims to create harmony within the team, putting the harmony and emotional bonds of the team first. This form of leadership works best to build up morale within the team, heal rifts between members and motivate people during stressful circumstances. Getting people on board for this project whilst they are all away on placements – across the UK and beyond – was a difficult task due to time commitments and challenges of communicating with everyone remotely. To solve this, my deputy, Mo-Anna Tucker and I, individually messaged each member making sure to explain how great an opportunity the Pop-Up University was and to ask how each member is doing on their summer placements. Making the members feel valued and that their opinion mattered to us at any point of the process was the main goal of these messages. This created a real buzz of energy within the team, generating lots of positivity and strong morale. 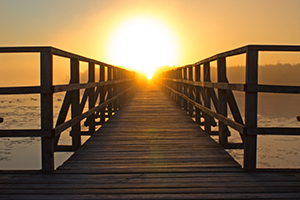 An Authoritative/Visionary leader aims to mobilize people toward a vision, acting creatively and seeing the bigger picture. This style is best used when a change occurs and a new vision is needed or a clear direction is required. After taking over as project leader, we as a Cohort found ourselves over £2,000 in debt after the previous - highly successful - outreach event. The Cohort wanted to clear the debt and we needed to come up with a way of doing this. After several meetings with some stakeholders, we were given the opportunity to present our exhibit at the Pop-Up University, with the incentive of delivering more with what we had already produced, allowing us to negotiate with the SELA board for the over expenditure on the previous project to be absorbed, in return for delivering greater value with the money spent. Having a meeting with the Cohort, I showcased this opportunity to clear the debt and deliver the project goals set at the start of the year. With a clear plan of action and a timescale to boot, the Cohort unanimously agreed to this new direction and vision. 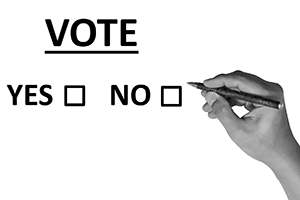 A person showcasing democratic/participative leadership aims to forge consensus of teams through participation of each member. This works best when trying to buy in to a consensus or to get input from experienced team members. When presenting the idea of setting up our exhibit at the Pop-Up University, I asked the opinions of each member as to what they thought about this project when all information was provided. The Cohort also provided an alternative to the Pop-Up University in order to raise funds which was debated between Cohort members, ultimately losing out to the Pop-Up University through a vote between the two. 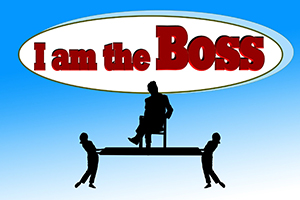 A Coercive/Directive leader is someone who wants to have a job done there and then, requiring immediate compliance from every team member. This style works best when there is a crisis that needs averting, to kickstart a turnaround or to deal with problematic team members. During the last few days running up to the event and when taking it down and storing it, tasks needed to be done as quickly and effectively as possible. By using this style, I was able to avoid a build-up in pressure within the team, keeping to a tight deadline. This allowed the event to go smoothly and keep the morale high within the team. 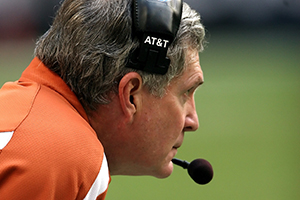 Someone who utilises a coaching style of leadership looks to develop people for the future, allowing them to develop their skills in different areas. This is best utilized when trying to develop a team member in order to improve their performance or long-term strengths. Unfortunately, due to the short time frame for this project, I was unable to use this style to the extent that I hoped. Coaching leadership requires a lot more time in order to develop team members and to see improvements. Since I was unable to use his style, I will endeavour to use this during my time in SELA as well as in other projects so that I can further develop this leadership style to make me into a well-rounded team player and leader.

Being able to use each one of these styles lead to a successful outreach programme delivered by the Cohort, with Dr Gary Wood, the Head of SELA, stating that this was the ‘one of the smoothest student projects he has overseen’