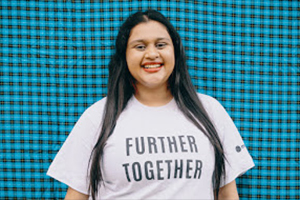 Today is the 46th celebration of International Women’s day, and every year the day has a different theme, with this year's being ‘women in leadership’, and so it is fitting that we have interviewed a woman who is just that, SELA Cohort 2016 graduate Hemanshi Galaiya.

As well as her commitment to SELA, Hemanshi was also President of the Women in Engineering Society at the University of Sheffield, and she has continued to achieve highlight as an inspiring young leader in Kenya. Drawing on her learning from SELA, Hemanshi was inspired to create the change she wanted to see in the world.

Since graduating, Hemanshi has founded a social enterprise called Young Stripes that educates, empowers, and incubates the next generation of STEMists and leaders in Kenya. Her relentless effort to give back to society and empower more young girls has seen her joining prestigious programmes and fellowships like the Young African Leaders Initiative (supported by the US state government), METIS and YES Africa.

To celebrate International Women’s Day, we invited Hemanshi to share the stories of three admirable and influential woman leaders in the field of engineering. 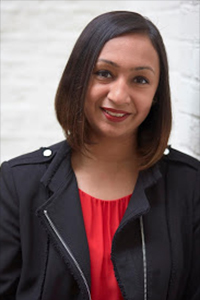 Roma is a Structural Engineer most famous for her contributions towards the construction of one of London’s most iconic buildings, The Shard. Whilst this on its own is a great feat, my admiration for Roma comes from her perspective on life and passion for inspiring the next generation. She has presented her work to over 15,000 people worldwide, inspiring several young adults to pursue Science and Engineering.

Moreover, she has been vocal and relentless in her efforts to empower the next generation, especially as a founding member of the ‘Your Life Campaign’ which was designed to change school children’s perception of science and engineering backed by the Department of Business, Innovation and Skills. Roma is a personal favourite because she embodies the zeal, zest and ambitions of a young engineer and the vision to empower a new generation to continue building upon her legacy. 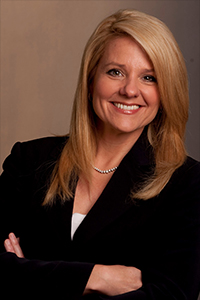 While most of the world knows Elon Musk as the face of the space exploration company SpaceX, Gwynne Shotwell the current Chief Operating Officer and President at SpaceX, has my greater admiration. Even before SpaceX, she had written dozens of papers on a variety of subjects including conceptual small spacecraft design, infrared signature target modeling, space shuttle integration and reentry vehicle operational risks. I believe her technical knowhow, passion for research and exceptional executive abilities have been the major driving force in bringing the company to its massive success, even though she is a relatively hidden figure in the eyes of mass media.

Gwynne also participates in a variety of STEM-related programs, including the Small Satellite Conference and Frank J. Redd Student Competition. Aptly named among The Times’s 100 most influential people, she is a super engineer and powerhouse of energy and enthusiasm from whom every young girl and boy should take inspiration. 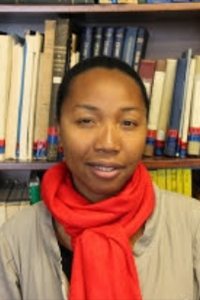 Though not an engineer in the pure scene (as she has a degree in astrophysics), Zara has my utmost admiration as a fellow STEMist. Coming from humble backgrounds in Antsirabe (the third largest city in Madagascar), she barely spoke English when she moved to South Africa for her studies. Through sheer perseverance and dedication, Zara has hosted the world’s biggest telescope, SKA.

During her postgraduate studies, Zara focused on young massive star clusters: understanding their formation, evolution, and especially their disruption mechanisms. In a recent interview, she said: ‘I was often told I was being too ambitious and, while working on my PhD, I often received “advice” to slow down and get married. They said: ‘even if you are well-educated but single, you will not be valued in the community’.

The first time I learnt about her and her work was when I saw her featured in a short documentary entitled Women and Science in Africa: a silent revolution. Her life story is one of my favorite learning experiences, and her passion for giving back to young Malagasy people moved me to tears. Her resilience against the odds and against the norms is what makes her stand out as a woman worthy of inspiration and admiration.

Quoting her own words, I would like to reiterate to the world that: ‘Women should be bold enough to protect their dreams and to overcome any gender stereotypes that lie ahead in their academic journey. We also need to support each other to amplify and make our voice heard.’

I have come to learn that if you don’t get a seat at the table, you can bring a foldable chair and if your foldable chair isn’t welcome, you can always push for the table to be broken down and turned into a notice board that forever inspires a new generation to not give up.

Which female leaders inspire you? Tell us in the comments below.