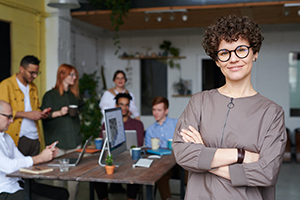 The recent global challenges posed by the Coronavirus pandemic and climate change have focussed public attention on debate over what ‘good leadership’ looks like. This concept has been considered throughout history; the musings of the Ancient Greek philosophers on how best to lead are well documented.

The American educator Stephen Covey noted in his book, The 7 Habits of Highly Effective People: Powerful Lessons in Personal Change, ‘Most people do not listen with the intent to understand; they listen with the intent to reply’. The ability to communicate well and effectively listen, especially when faced with opposition, is a key skill for any leader to possess. For many, it is tempting to provide immediate solutions and answers without truly listening to what is being said by those around us. A common approach is to listen to reply, formulating counter arguments mid-discussion, rather than pausing for reflection and delivering a more considered response.

In 2008, at the height of a financial crisis and with sour public opinion over war in Iraq, Barack Obama was elected to the presidency of the United States, a mere 12 years after beginning his political career. He would experience the full weight of the economic, political, and social issues stacked against the US, and had to demonstrate strong, convincing leadership to take difficult decisions. 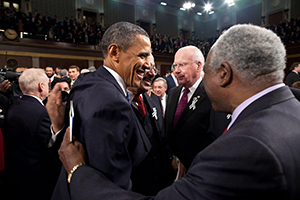 Obama tailored an administration best able to deliver on the promises of his presidential campaign. He appointed Robert Gates as defence secretary, despite Gates being a critic of Obama’s stance on Iraq when a member of the previous Republican administration. Obama recognised Gates was credited with improving the situation in Iraq and revival of the defence department.

As a leader, Obama valued the experience that Gates could offer, and recognised the importance of looking beyond party politics. He implemented change for the benefit of the nation, moving towards resolution of the conflict in Iraq. Obama assembled a team of individuals with a broad diversity of opinions and abilities. By pooling their ideas and experience, he created the opportunity to forge a more considered and informed approach to achieving his ultimate vision.

The world is entering a period in history beset by difficulties and engineering challenges it is vital are solved. Much like Obama’s efforts in 2008, we need leaders able to drive change, possessing the ambition, skills, and willingness to foster the global cooperation necessary for progress. The future engineers driving global industry need to be involved in decision making, having their ideas heard and opinions respected. A competent leader draws on the diversity, enthusiasm, and expertise of everyone in the room, affording every individual an opportunity to express their ideas. Asking the right questions and inviting opinions encourages an open forum where people are not afraid to take risks and make mistakes, regardless of their age or experience, with everyone working to achieve success. 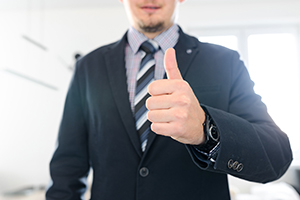 They might not possess all the answers, but much like Obama with his appointment of Gates, good leaders can recognise and utilise the knowledge and skills of others. Leadership means guiding people to find the best solution and see things from a broader perspective. They skilfully cultivate the talents of individuals and ensure that each skillset best compliments those of others and a particular project. Good leadership does not attribute individual blame, but instead finds a solution to a problem and strives to resolve issues. Being fair and approachable encourages enthusiasm, contribution, and respect.

Good leaders often make the final decisions and take ultimate responsibility. They might not be the ‘smartest’ or most qualified person in the room but possess the far more valuable ability to bring groups of individuals to work effectively together and help one another to achieve success and satisfaction in their work.